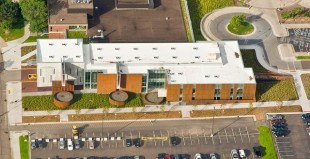 As the federal budget becomes tighter and tighter, funding for state and local roads is one of the first items to be cut from the budget. Additionally, many city and county roads are completely ineligible for funding from the federal government and must be maintained with state, county, or municipal funds. The problem is that those budgets are already so tight that there’s often very little funding left over for infrastructure maintenance. As a result, many Americans across the country pay the price when they drive over unfilled potholes, poorly maintained roads, and outdated bridges on a daily basis.

In theory, gas taxes and other state transportation taxes and fees should go toward maintaining state infrastructure, but there’s simply not enough funds to cover every repair that needs to be made. This means that the burden of repairing roads and other infrastructure falls on local governments, which often have to pay for repairs using property taxes or other general funds. Of course, if local governments use that money for infrastructure repairs, other public services, like police departments and fire departments, lose funding. Because those types of services are critical for keeping residents safe, there’s often simply not a way for local governments to pay for infrastructure maintenance, especially in small towns or rural areas. Worst of all, the longer roads and bridges go without maintenance, the more expensive and difficult it is to fix problems when they can no longer be put off without risking the safety of residents.

By changing their approach to building and maintaining roads and other infrastructure, local governments can afford to provide residents with safe, high-quality roads and bridges. As populations surge in many areas of the country, cities and municipalities often attempt to keep pace with infrastructure needs by undertaking new projects, like widening roads or building new highways, rather than putting that funding toward maintenance of existing roads. By taking the approach that fixes existing roads and bridges before creating new ones, local governments can save a lot of money and avoid potential headaches down the road. Additionally, as homebuilders develop new residential neighborhoods to keep up with the surge in population, states and municipalities could consider requiring homeowner’s associations to contribute to some or all of the cost of road maintenance.

There’s no “one size fits all” approach to maintaining state and local infrastructure, but by thinking outside the box, local communities can come up with new ways to fund roads and bridges.